The Prestwold Estate is home to St Andrew’s Church, a beautiful and historic building that is still used for ceremonies and worship to this day. 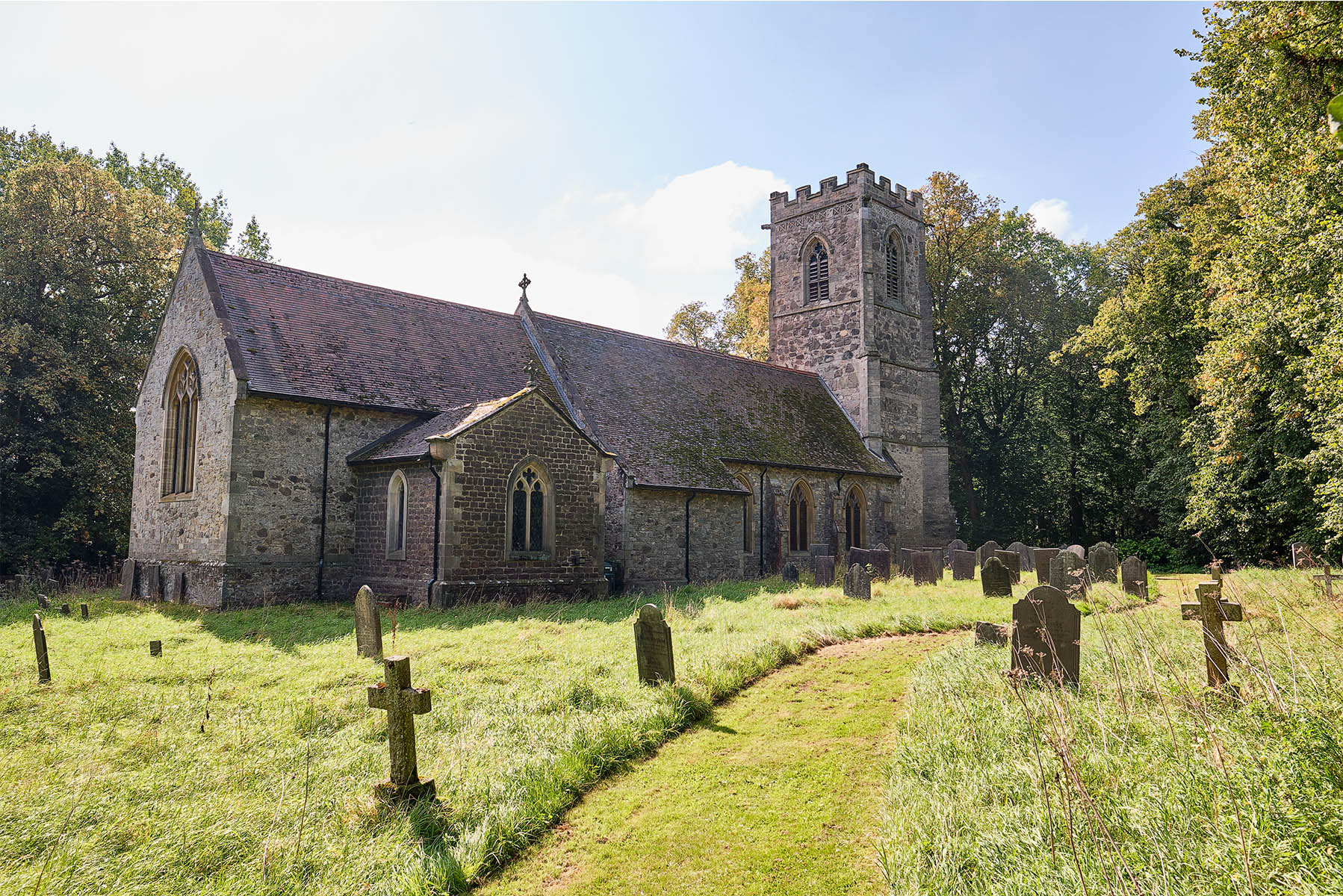 History of the church

St Andrew’s Church has been known to have existed in some form on its current site since Norman times.

As part of the Prestwold Estate, ownership of the church was passed down through the families of de Prestwold, Poutrel, Nevill, Nele and Skipwith. It came to the Packe family in 1653, and it remains with them to this day. 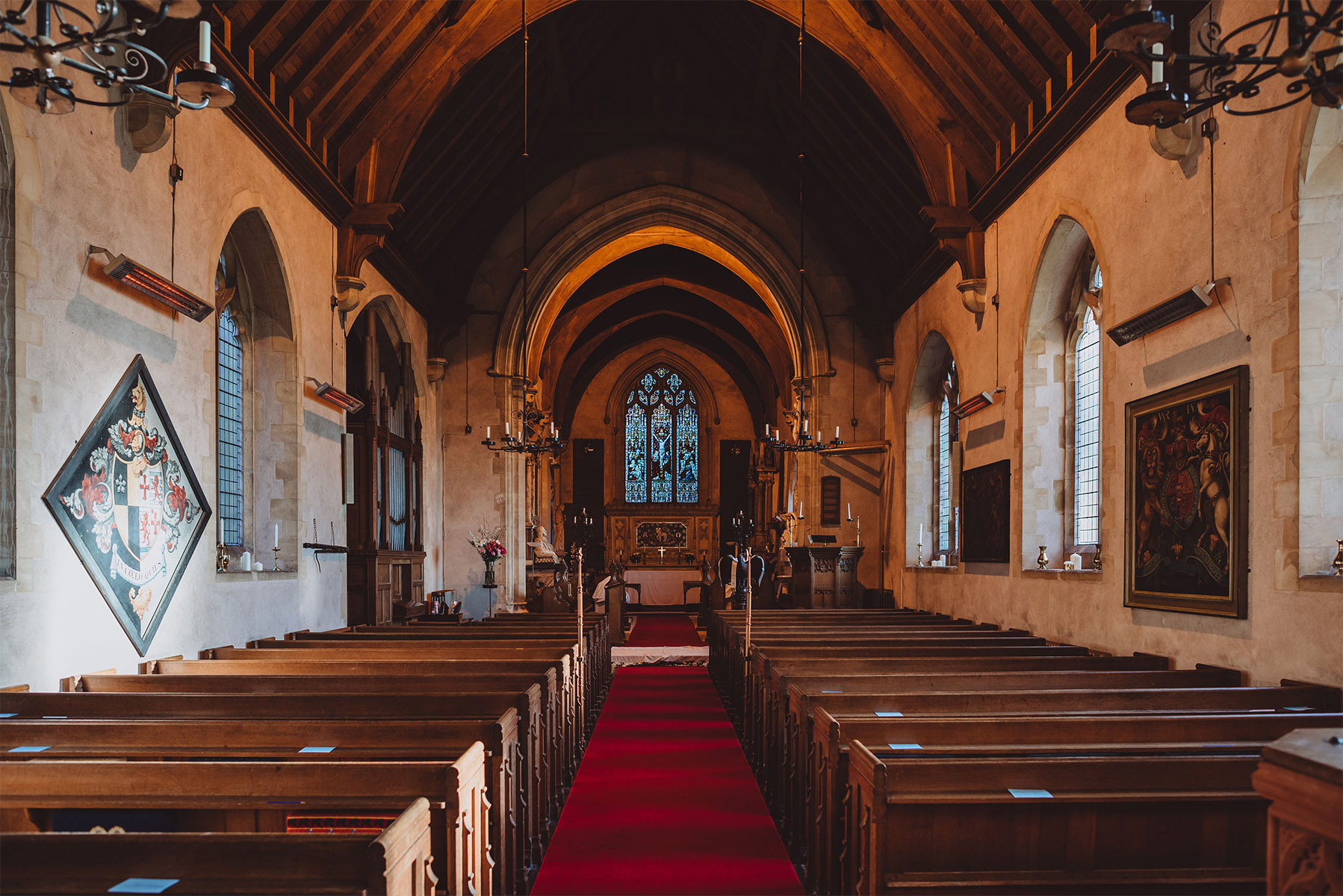 In 1793, the church underwent extensive rebuilding, at which time much of the original architecture was destroyed. This left only the tower and a low door and window to the chancel as the only remaining original elements.

In 1890, under the direction of Sir Arthur Bloomfoed ARA, Sir Edward Hussey Packe undertook extensive restoration of the church. This included completely rebuilding the nave in the Gothic Perpendicular style, and restoring the tower’s clock and five bells, as well as adding three new bells. Other changes included the installation of pews and an oak ceiling, as well as replacing the original low roof with a steeply pitched one.

More modern renovations have seen the addition of the west porch, a gallery in the nave to provide additional seating, and an oil-fired central heating system.

St Andrew’s Church is rich with history, memorials and architecture, making it a beautiful and special part of the Estate and its surrounding community.

Above the altar, a stained glass window depicts the Nativity, Crucifixion and Ascension of Christ, with a decorative mosaic of the Paschal lamb on the wall below. Another notable feature is the baptismal font, which is carved from fine Italian marble and was renovated in 2004.

An addition to the north-east end of the chancel, the vestry offers access to the Packe family vault below the chancel. This space also houses a plaque commemorating the 1890 restoration by Hussey Packe.

This understated space was rebuilt in the Perpendicular Gothic style in 1890. From the carved pulpit and eagle lectern on the south side to the 19th century pipe organ, there’s much to admire.

The oldest part of the church, parts of the tower date back to the 13th century. While there are no external faces on the building, the tower contains a striking clock and eight bells, three of which were cast by J Taylor’s in Loughborough and added during the 1890 restoration. In 2004, the ringing chamber was lowered, allowing bell ringers to be visible to the congregation.

Completely refurbished in 2003, the west porch now houses toilet facilities and an area for refreshment preparation. On the south wall hangs two Rolls of Honour naming those who served in World War I, while the opposite wall honours those who gave their lives in World War II. 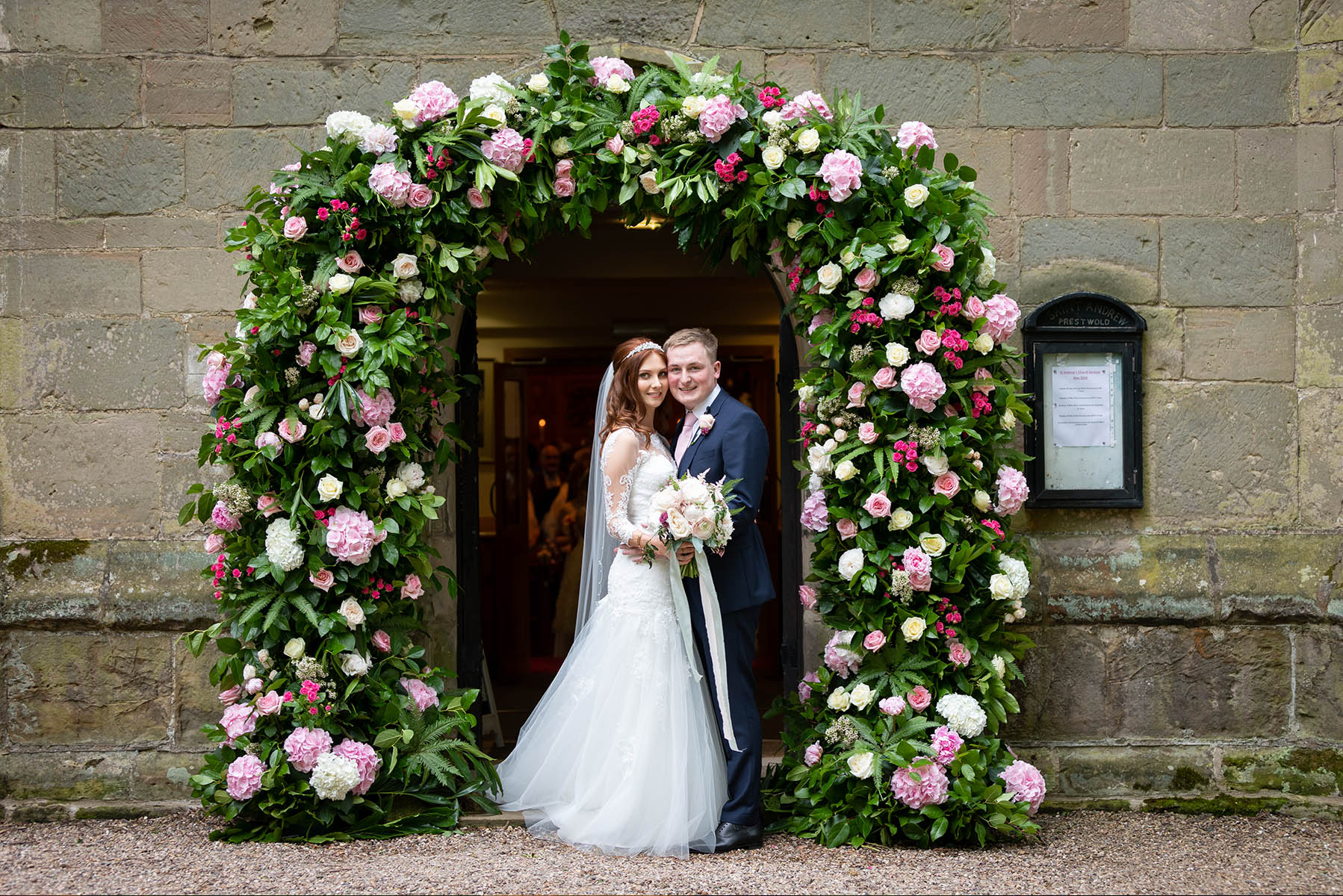 Thanks to its rich history and idyllic country setting, St Andrew’s Church is a popular venue for religious wedding ceremonies, offering a beautiful backdrop for the exchanging of vows.

With Prestwold Hall and The Hall Barns offering reception venues and accommodation just a short walk from St Andrew’s Church, couples can enjoy every moment of their special day on the beautiful and historic Prestwold Estate.

St Andrew’s Church still serves the villages of Burton on the Wolds, Hoton, Prestwold and Cotes.

As well as providing a venue for weddings, baptisms and funerals, the church also holds regular services, including Holy Communion on Sundays, and festival services throughout the year.

Take a look at our gallery

This error message is only visible to WordPress admins

This stunning Grade I stately home proudly sits amidst 2,500 acres of rolling parkland in the heart of the Leicestershire Wolds.

Keep up to date

With our latest offers, news and events.

Your web browser appears to be outdated. Our website may not look quite right in it.

Please consider updating your browser to enjoy an optimal experience.